Do you need a prostate cancer screening?

Prostate cancer is one of the most common cancers among U.S. males. It affects about one in seven men at some point in their lifetime according to the American Cancer Society. The good news is that it's highly manageable and treatable when detected early. However recommendations about when to get a prostate cancer screening and how often aren't always clear-cut so the decision to get tested is a personal one. Talk with your doctor to discuss the benefits and risks of the screening. Together you can figure out when a prostate cancer test makes sense for you.

What is prostate cancer?

The prostate is a small gland located between the bladder and the penis in front of the rectum. Prostate cancer is the most common cancer in U.S. men after skin cancer. It's more common in older men than in younger men.

The benefits of prostate cancer screening

Screenings can help identify prostate cancer early when it's easier to treat and more likely to be cured. But early detection isn't the only benefit - screening can also give you peace of mind. Getting tested for prostate cancer can reassure you that you're healthy or empower you with the knowledge that your cancer can be treated. 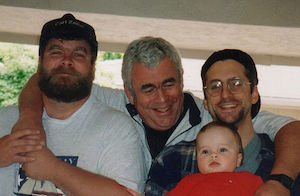 When to be screened

Your personal and family history will determine when you should start talking with your doctor about getting screened. The American Cancer Society recommends the following:

What to expect from your screening

A blood test (commonly called a PSA test) will look for heightened levels of prostate-specific antigen (PSA) a protein that's produced by both cancerous and noncancerous tissue in your prostate. Cancerous prostate cells tend to produce more PSA than noncancerous ones.

Another screening your doctor might recommend is a digital rectal exam (DRE) which is less effective at finding prostate cancer than PSA blood tests but can sometimes be used to find cancers in men whose PSA levels are normal.

Remember prostate cancer screening recommendations are not one-size-fits-all. Talk with your doctor to determine what's best for you.