Who We Are Quick Links

We opened as Reid Memorial Hospital on July 27, 1905. Daniel G. Reid - an industrialist whose wealth came from tin plating, railroads and steel - financed the construction.

Reid, originally from Richmond, was living in New York when he learned of the need to replace St. Stephen's Hospital, which had only 10 beds and was turning away about 50 patients a week. William B. Leeds, Reid's partner in business ventures and also a former Richmond resident contributed $10,000. An additional $10,000 was donated from the estate of Robert Morrison and $5,000 from James M. Starr's estate. Reid contributed the balance, about $130,000.

The hospital name was in memory of Reid's wife, Ella, and their son, Frank, who both died before the turn of the century. The cornerstone was laid in September 1904 and Reid Memorial was dedicated July 27, 1905.

In 1992, we changed our name to Reid Hospital and Health Care Services to reflect our growth into much more than an inpatient hospital. We continued to grow and adapt and develop into a regional health system, and in 2015, we again changed our name, this time to Reid Health. 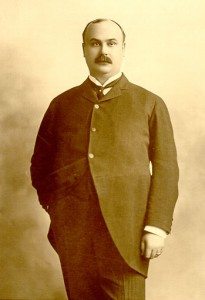 After almost 100 years at our original location, it became obvious the most cost-efficient and quality-driven option for continued growth would be a new facility, with decisions announced in 1999-2000. In September 2004, Reid broke ground at its new location on about 100 acres just off Chester Boulevard two miles north of our old home. We completed the move on Sept. 10, 2008, when the inpatient hospital opened its doors.

Today, our health system includes a 271-bed hospital on our main campus and numerous satellite locations in the region of Eastern Indiana and Western Ohio that we serve. Reid's service area is home to about 280,000 people and includes six Indiana and two Ohio counties.

We are accredited by the Healthcare Facilities Accreditation Program (HFAP), the Indiana State Department of Health, Medicare/Medicaid, American Association of Blood Banks, and the American College of Surgeons Community Cancer Program.

We look to an exciting future as we continue to grow and expand our services to meet the needs of the patients and families we serve.