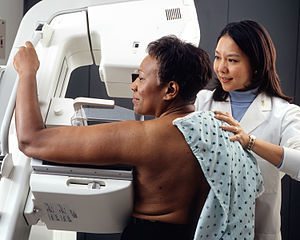 Changes in the frequency for mammogram screening have resulted in a lot of confusion among women on when they should get one. The truth is even among highly respected professional organizations there are different recommendations about the screening. The Centers for Disease Control and Prevention (CDC) maintains a document that compares these recommendations on who should get screened when to begin screening and how often to repeat the screening.

The National Comprehensive Cancer Network (NCCN) recommends that women 40 years and older have an annual screening mammogram which is the general guideline suggested by the Reid Health Breast Center.

Ultimately the decision is yours and it should be made in partnership with your trusted personal physician. Here are some factors that go into getting a mammogram screening:

According to the CDC mammograms detect lumps in the tissue before they're large enough to be felt by the woman in a self-exam or by her care provider in a clinical exam. Typically this early detection can lead to earlier treatment and a better prognosis according to the Department of Health and Human Services (HHS).

A mammogram is typically brief and while there may be some discomfort it's only temporary. The CDC also offers financial assistance for these screenings for qualified individuals. The Reid Health BRAvo! program also makes it possible for women who cannot afford the screening to have it - so there are no excuses for delaying this important test.

As with many screening tests a mammogram may be inaccurate. Breast tissue is complex and a mammogram may have a false-positive where the radiologist says there's a tumor when there isn't. According to the National Cancer Institute this leads to considerable anxiety for the woman and the potential for more testing such as a biopsy.

The National Cancer Institute also addressed the likelihood of a false-negative result which is when a mammogram comes back negative but cancer is actually present. It's estimated that one out of every five cancers is missed on the screening. This may result in a woman not receiving the treatment she needs though she's experiencing symptoms of breast cancer.

Mammograms also expose women to low levels of radiation which is why mammograms aren't recommended until age 40. After that it's suggested to continue annual mammogram screenings to increase early detection.

Women with high-risk factors for developing breast cancer don't fall under these recommendations the U.S. Preventive Services Task Force noted. These factors include having a mother or a sister with the disease being a carrier of the BRCA1 or BRCA2 gene or if they've received radiation therapy to the chest. These women should follow more aggressive monitoring practices recommended by their physician.

Mammogram screening is an important part of women's preventative health but when to begin and how often to get a mammogram depends on your personal health history and important discussions with your physician.