How can the glycemic index help you manage your diabetes? 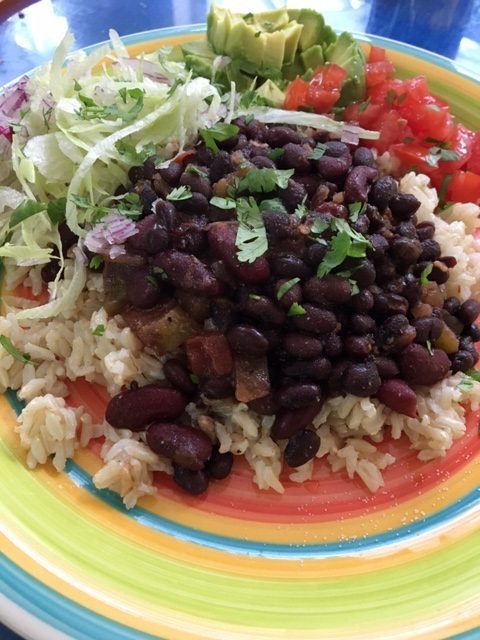 How can the glycemic index can help you choose healthier foods?

Foods release sugar (glucose) into your bloodstream at different rates so the GI chart simply ranks that rate for different foods. High-GI foods release sugar more quickly than medium- or low-GI foods according to the American Diabetes Association. Foods with a low GI release glucose more slowly and steadily so the body can use it more efficiently avoiding sharp spikes and drops in blood sugar.

By checking the GI of foods you regularly consume you can learn to make lower-GI choices and better regulate your blood sugar according to Harvard Health Publications GI which created a GI chart showing 100 common foods. The closer a food is to 100 above 55 the higher its GI and the closer a food is to zero below 55 the lower its GI.

Why are some foods so high on the glycemic index?

According to PCRM the key is to choose complex carbohydrates such as fruits vegetables beans and legumes whole grains brown rice and sweet potatoes which all score lower on the GI because they’re whole foods that still contain their fiber and nutrients.

Processed carbohydrates with simple sugars—such as white bread white potatoes and white rice—and those containing added sugars—such as junk foods sugary drinks and snacks—have lost most of their fiber and nutrients due to processing and tend to score much higher on the GI.

These unhealthy high-GI foods include most cold cereals (especially those with added sugar) all processed snacks such as pretzels and potato chips candy packaged baked goods macaroni and cheese mix crackers and white breads and bagels according to the American Diabetes Association.

The PCRM points out that one exception to this rule is pasta which actually has a low GI because of the way it’s processed. So that’s good news!

You may be wondering about fruit seeing as it’s so sweet. The PCRM advises that fruit does not significantly affect blood sugar levels because whole fresh fruit is eaten with its fiber and beneficial nutrients intact. Only two fruits score very high on the GI chart pineapple and watermelon according to the United States Department of Agriculture (USDA). However these are both great sources of water and vitamin C with relatively few grams of sugar or calories per 1-cup serving.

What about meat and dairy? These two food sources are the biggest contributors of fat and cholesterol to your diet according to the PCRM. When you swap beans and lentils for meat you get the protein and fiber without meat’s fat and cholesterol which is an important part of controlling diabetes and losing weight. Similarly the PCRM suggests switching out dairy milk for unsweetened soy rice and nut milks fortified with both calcium and vitamin D because they’re low-fat low-cholesterol low-GI alternatives to use on cereal in coffee or tea and for baking and cooking.

How do you choose what foods are best for your diet?

Don’t get overwhelmed by looking up the GI of each and every food you eat. The American Diabetes Association suggests using common sense and choosing whole unprocessed foods with the most nutrients and fiber while eating or grocery shopping. On packages look for the term “whole-grain” at the top of the ingredient lists on breads and cereals.

The PCRM suggests making a few basic changes to the most common foods you eat so your healthy choices become habit. Try replacing white and wheat bread with rye and pumpernickel and swapping out white potatoes for yams and sweet potatoes. Instead of sugary cold cereals or oatmeal packets choose a whole-grain cereal or whole rolled oats. Cook brown rice (which has fiber) instead of white rice (which has been processed to remove the fiber) and add plenty of fruits vegetables and beans and legumes to every meal.