Could endometriosis be causing your abdominal pain?

Many women suffer from severe pain and cramping associated with menstruation, known as dysmenorrhea. In fact, according to the American College of Obstetricians and Gynecologists (ACOG), dysmenorrhea is the most commonly reported menstrual disorder. More than half of women who menstruate have some abdominal pain for one or two days each month.
Abdominal pain beyond the reoccurring-but-manageable monthly cramping can be an indication of a more serious, underlying medical condition requiring an evaluation by a medical professional. It could be a sign of endometriosis.
Understanding more about endometriosis and what symptoms to watch for can help women better determine when their abdominal pain has crossed the line from being common to something of concern.
What is endometriosis?
Endometriosis as an often-painful condition in which the tissue normally lining the inside of the uterus, the endometrium grows outside of it. The disorder commonly involves the ovaries, fallopian tubes, and the tissue lining the pelvis.
Despite being outside of the uterus, the displaced tissue continues to act as it normally would – thickening, breaking down and bleeding with each menstrual cycle. However, because this tissue has no way to exit the body, it becomes trapped, causing intense pain during menstruation. Scar tissue called adhesions may form inside the pelvis where the bleeding occurs. Adhesions can cause organs to stick together, resulting in additional pain. 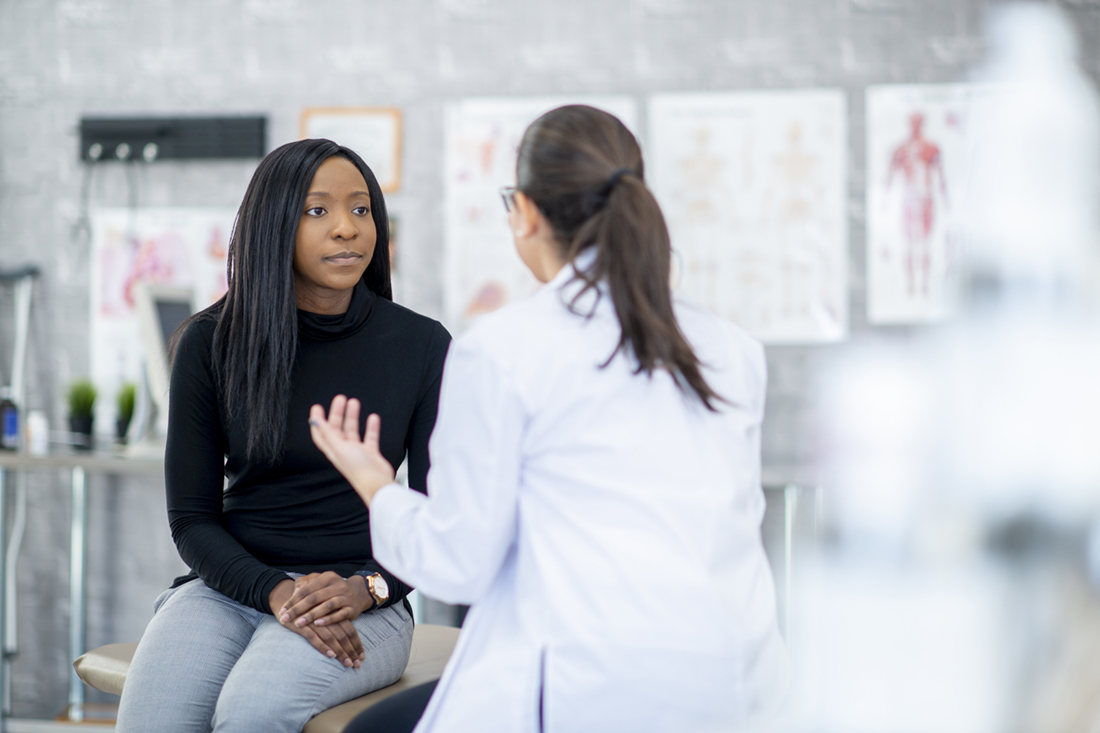 What are the symptoms?
The intensity of pain is not necessarily a reliable indicator as to the severity of the endometriosis. There are cases of women with mild endometriosis having intense pain, while others with advanced endometriosis having little pain or even no pain at all.
Risk factors
Several factors place you at a higher risk of developing endometriosis.
Endometriosis usually develops several years after the onset of menstruation (menarche). Signs and symptoms of endometriosis end temporarily with pregnancy and end permanently with menopause, unless you're taking estrogen.
When to see a doctor
Women should see their doctor if they have any signs of endometriosis. Getting an early diagnosis may result in better control of your symptoms.
Endometriosis can be a challenging condition to manage. It sometimes can be mistaken for other conditions that cause pelvic pain, such as pelvic inflammatory disease (PID) or ovarian cysts. It also can be confused with irritable bowel syndrome (IBS), a condition involving bouts of diarrhea, constipation, and abdominal cramping. In fact, IBS often accompanies endometriosis.
The dedicated team of board-certified physicians and nurses at Reid OB/GYN is experienced at diagnosing and successfully treating a wide range of gynecological conditions like endometriosis. Click here to request an appointment with a provider.