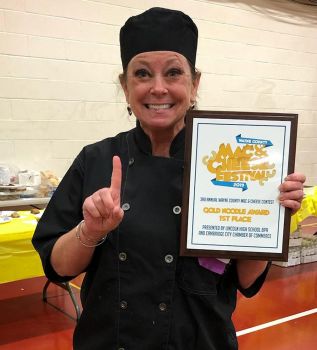 The fund-raiser for the Lincoln High School Business Professionals of America (BPA) was launched by the BPA and the Cambridge City Chamber of Commerce in 2017. The event was held in the Golay Center with about 10 restaurants competing.

Leslie Warner, one of Reid Health’s caterers, accepted the award on behalf of the café and catering department.